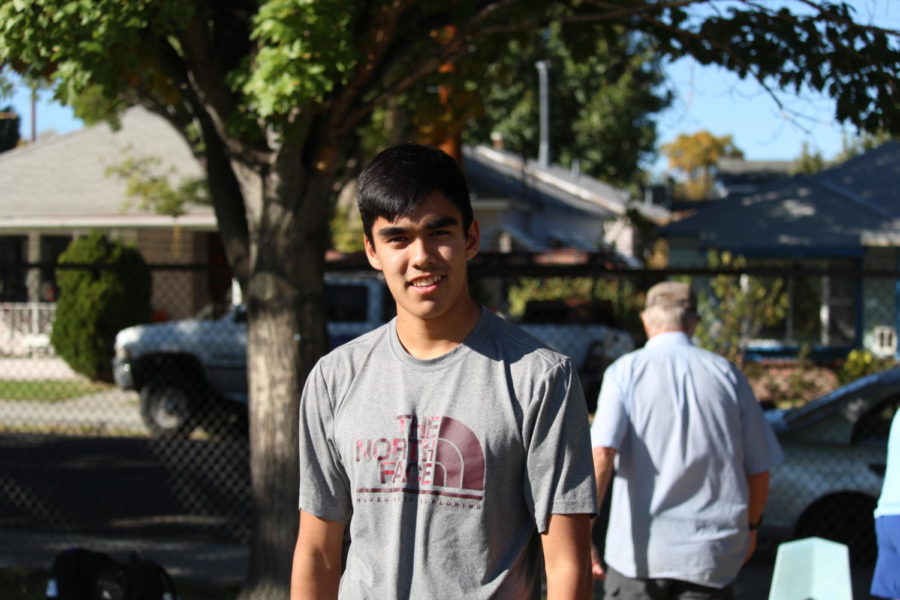 Introduction the Cross Country Team Captain
Diego Honda is a junior at Bishop Union High school who participates in both the cross country and track team. Honda has played both since his freshman year, and continues to play through the many hardships. He injured his leg during his sophomore year, but recovered and re-entered competition. And he still continues to run, even during this pandemic.

Honda’s training is part of what makes him a strong athlete. He spent his entire summer preparing himself for this year’s cross country season.

“I like running off road for sure,” Honda said. “I spent the entire summer on the trails, so I got a bias for that”.

Another step Honda takes to improve his running is through his diet. He takes large precautions right before meets.

“I have to avoid any food from Whiskey Creek, any type of pizza, any type of deep fried food,” Honda said. “So I mainly go for the safer choice of Asian foods before”.

Despite being a strong and capable runner, Honda still gets nervous before meets. However, a bigger concern Honda has is for the current sizes of both the girl’s and boy’s team.

“The hardest part right now is not getting enough kids out here.” Honda said.

The cross country team will compete one final time on March 24 for the HDL finals.